Shalamov House, the memorial exhibition in the Vologda Art Gallery

Shalamov spent the first 17 years of his life in Vologda, which is why in this city there are many places that keep memory of him: the grammar school that he attended (the building now houses the Vologda Technical University), the theatre he visited (now the Vologda Children’s Theatre), St. Varlam Khutynsky’s (the saint that Shalamov was named after) church. Unfortunately, the tombs of Shalamov’s parents, Tikhon Nikolayevich and Nadezhda Alexandrovna (died 03.03.1933 and 26.12.1934), have not survived to our day. A cross in their memory was erected at the cemetery of the Church of the Presentation. 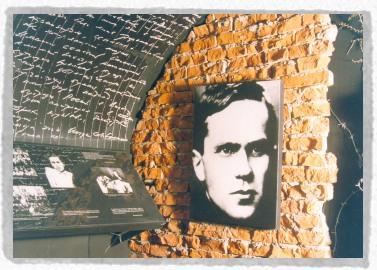 The main memorial site is, of course, the house where Shalamov was born and grew up. This is a stone two-storey building built for the clergy near the St. Sophia Cathedral at the early 19th century. Varlam’s father had an official apartment there (three rooms downstairs) as the priest at that church. The memorial plaque was placed on the building in 1990, and on July the 1st, 1991, the initial exhibition arrived. From the very beginning, it was unrealistic to try to make a good museum using the entire Shalamovs’ flat (or, even less realistically, the whole building), because the Vologda Art Gallery owned the apartment and need it for exhibits, being extremely space-limited. The first exhibit, created by a group of enthusiasts (art expert M. Vorono, journalist V. Yesipov, artist O. Pakhomov), occupied a small room at the far side of the building. Later, in 1994, it was expanded and redesigned according to the project by S. Iyevlev. Since 2007 (the year of the writer’s centenary), the museum has been situated in three adjoining rooms and now has more exhibits, through the efforts of R. Rozhina, researcher, and A. Rozhina, designer. In spite of the absence of Shalamov’s and his family’s authentic belongings, the visitor gets a vivid impression of the writer’s individuality, of his tragic life, through numerous documents and photographs.

In 2008 the Shalamov Memorial Fund received Shalamov’s only portrait painted during his lifetime. The painting was created by B. Birger in 1967. It is now displayed at the Vologda Art Gallery. The Shalamov House (a place which is well known locally) became the site of pilgrimage for the writer’s admirers. Over the years that it has been in existence, the museum was visited by thousands of people from all around Russia and the world. For almost 20 years, literary events have been taking place here semi-annually (on the 18th of July, Shalamov’s birthday, and on the 17th of January, his memorial day). In 1991, 1994, 1997, 2002, and 2007 the House provided space for the International Shalamov Readings, which are planned to continue.

The main museum activities are research, publishing and education. 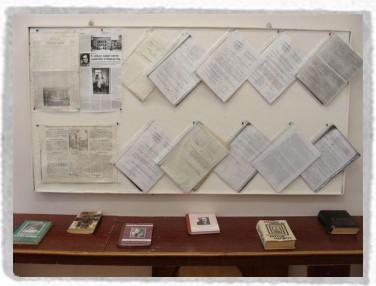 The Central hospital for the Gulag prisoners was opened in the 1940s in this village. Shalamov has spent some of the last years of his imprisonment here first as a plaster technician and, later, as a surgeon assistant.

From 1955 until now, the former hospital building has been occupied by the Magadan Tuberculosis Dispensary #2. A Shalamov Room was opened оn November of 2005 on the 50th anniversary of the dispensary and the 60th anniversary of the hospital, in advance of Shalamov’s centenary. The initiative in creating this memorial room came from the physician-in-chief of the dispensary, the phthisiotherapist Georgy Goncharov and the medical staff. The exhibition is located in the building of the former kitchen unit, where Shalamov lived in one of the rooms. The objects on exhibit include archive documents, objects used by the prisoners in everyday life, medical instruments from hospital.

The main museum activities are research of local history and education. 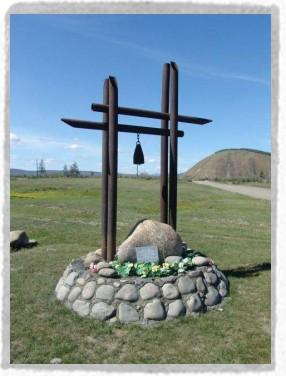 Shalamov spent the last two years of his life in the Kolyma in the Oymyakon settlement (1952-1953). The Tomtor post-office was a connecting link between him and the mainland. It is from here that he mailed his letters to Boris Pasternak, and received answers. The village has a commemorative monument dedicated to the victims of Stalin’s repressions. It is called “The Memory Bell”.

The museum was created in 1992 at the initiative of the Tomtor secondary school principal. The basis of its exhibition is composed from objects collected by teachers interested in local history and their pupils. A considerable number of show-cases is devoted to the repressed writers and poets who served their sentences in the north of the Gulag, in the camps of the Oymyakon settlement. A Shalamov Readers’ Conference was organized here in 2007.

The main museum activities are research in local history and education. 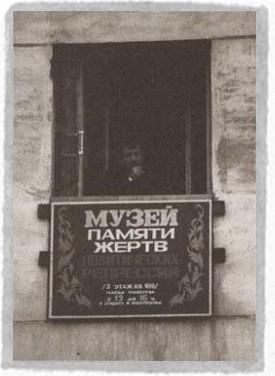 The village is situated 330 km north of Magadan. On the 22nd of June, 1943 a trial here sentenced convict Shalamov to a new penalty: ten years in corrective labor camps for “counter-revolutionary Trotskist activities” (article 58-10 of the Soviet Criminal Code).

The museum was created (on October the 30th of 1994) and developed with the funds from Ivan Panikarov and enthusiastic local historian. He bought a two-room apartment and created an exhibit inside it. The permanent exhibit consists of about three hundred items: work tools, prisoners’ personal effects, their drawings and paintings made in camps, letters, camp newspapers, original prison files. The museum’s archive contains four thousand photographic portraits of former prisoners, photographs of the remains of the camps, etc. There is also a library with five hundred books on Stalin’s repressions, the Second World War and the history of the Magadan region.

The main museum activities are research, publishing and education. 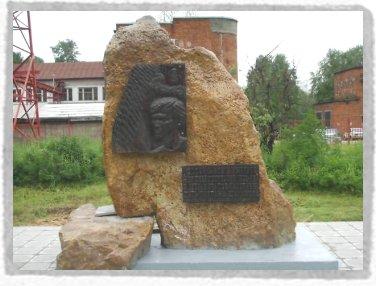 Shalamov’s imprisonment in the Vishera division of Solovki prison camp (Solovetsky Lager Osobogo Naznachenia, SLON) marked the beginning of his life in the Soviet labor camps. In 1929-1931 he worked at the construction of the Vishera chemical plants and of the Krasnovishersk town in the Perm Oblast. At one point during this toil, he spent his nights in the building of the former monastery of the Holy Trinity in Solikamsk, which served as a transfer prison of the Associate State Political Directorate (OGPU in Russian) of the People’s Commissariat for Internal Affairs (NKVD in Russian) then. Shalamov writes about it in his short story, “The First Tooth”. On the 1st of July, 2005, at the initiative of the sculptor Rudolf Vedeneyev and the Solikamsk town council, the Shalamov memorial plaque was opened on the northern wall of the monastery.

And on the 21th of July of 2007 the Shalamov monument on Dzerzhinsky st., 8 (Krasnovishersk town), was opened. The iron plaque says:
“Here, Stalin’s victims lived and died in the 1920-1950s. Here, in 1929, Shalamov began his labour camp journey. In memory of the writer’s centenary. July 2007.” R. Vedeneyev is the sculptor.

Five years earlier, on the 30th of October of 2002, a memorial site commemorating the civilians and prisoners who worked at the Vishera Camp was set up on the grounds of the local pulp-and-paper plant. It is devoted to the “first workers of Vishera chemical plants” (Shalamov was among them).


The copyright to the contents of this site is held either by shalamov.ru or by the individual authors, and none of the material may be used elsewhere without written permission. The copyright to Shalamov’s work is held by Alexander Rigosik. For all enquiries, please contact ed@shlamov.ru.