During two scorching hot days in the middle of June, a diverse assembly of scholars from Russia and beyond converged in Moscow in search of answers to two questions: What is Varlam Shalamov? And why do we need him?.

“Shalamov and Platonov portray worlds in which an extraordinary degree of cruelty is seen as commonplace. In other respects, however, these two great writers are antithetical to one another. While Platonov takes us deep inside both the bodies and the souls of his characters, Shalamov portrays his characters from the outside” (in Russian).

The Culture Channel, the website pedsovet.org, and the Yaroslavl regional newspaper “The Golden Ring” review the recent conference: “The Life and Works of Varlam Shalamov in the Context of World Literature and Soviet History” (in Russian).

The newest issue of The Shalamov Papers (No. 4) features new research by new voices in the field as well as well-known international scholars from Russia, Germany, Switzerland, USA, Australia, and Sweden. The issue also includes new material from the Varlam Shalamov archive and little-known memoirs about him. This edition is dedicated to the memory of Irina Pavlovna Sirotinskaya, Shalamov’s friend, publisher, and heir to his literary archive (in Russian).

Review by Ilya Smirnov of the recent international conference “The Life and Works of Varlam Shalamov in the Context of World Literature and Soviet History” and of the 4th edition of The Shalamov Papers, published by the editorial board of shalamov.ru (25 june 2011)

“Shalamov ranks Che Guevara along with Gagarin, guided by the same principles that made him a staunch opponent of the Stalinist regime. Shalamov himself stated that he ‘participated in the great yet ultimately unsuccessful battle for a genuine renewal of life’” (in Russian).

Why is Varlam Shalamov studied more by people abroad than in Russia? Why is this writer so important for an understanding of our past and present? What is the basis of the conflict between Shalamov and Solzhenitsyn? Commentary by Sergey Solovyov, editor-in-chief of Skepsis magazine and head of the website shalamov.ru (in Russian).

The program of the International Conference “The Life and Works of Varlam Shalamov in the Context of World Literature and Soviet History” (June 16 — 19, 2011) (2 june 2011)

“At present the specifics of Soviet history, the cultural experience of the epoch, and the historical memory of the Stalinist period are the focus of work by scholars in a wide variety of fields in the humanities. The life and oeuvre of Varlam Shalamov are inevitably at the center of such discussions. His works are not easy to understand: they require knowledge of the historical and literary context and, most importantly, an interested reader who recognizes the full scope of the historical trauma that Stalinism inflicted on our country. Without Shalamov it would be simply impossible to understand this trauma or to prevent it from happening again” (in Russian).

The letters we are publishing from Shalamov to Elena Lopatina highlight yet again Shalamov’s immense respect for the revolutionaries who fought against the autocracy. Shalamov was particularly concerned about those he felt had not received sufficient recognition, such as Natalya Klimova, Maria Oshanina, and, of course, German Lopatin, grandfather of Elena B. Lopatina. The letters also reveal relatively new details about Shalamov’s return from Kolyma and his research in the field of History in th (22 may 2011)

Was it genetically easier for Perovskaya and Figner to enter the ranks of the revolutionaries? Perovskaya was the daughter of the Governor-General and this is the reason for the [illegible] simplicity of her transition to terror. Oshanina was from the provinces, from Orlovo, and more than biographical data is needed to explain her selfless refusal to compromise than for big-city flowers like Perovskaya and Figner. Oshanina was sent abroad as a high-ranking agent. She conducted the Degayevsy Affair extremely intelligently, energetically, and decisively. Oshanina is one of the authors of the letter from the Executive Committee to the tsar — the last one after March 1, 1881 (in Russian).

The photos were sent to us by Mikhail Iosifovich Levin, who treated Shalamov in the Hospital No. 67 (1978). Among the photos are pictures of Shalamov’s inscriptions in books he gave to the doctor.

Two letters from Varlam Shalamov to Natalya Vladimirovna Kind, a close friend of N. I. Stolyarova, have survived. It is at her house that most of the known tape recordings of Shalamov reading his works were made. (3 may 2011)

“After yesterday’s get-together I wanted to tell you so much, to ask you so many questions. Everything happened so incredibly fast. I am very uptight when I read my own works – I can’t even see, which you, no doubt, noticed a long time ago - on the first evening that I spent at your house” (in Russian).

The Conference “The Life and Works of Varlam Shalamov in the Context of World Literature and Soviet History” will be held on June 16-19, 2011 (25 april 2011)

The conference will be hosted by the Moscow School of Social and Economic Sciences (MSSES), the web-site shalamov.ru, and the Russian State Archive of Literature and Art (RGALI), with the participation of the Memorial Society. The conference will be held on June 16-19, 2011 in Moscow and Vologda. Further information about the conference and submission guidelines is available on our site.

“Memoirs of an Attending Doctor”: Mikhail Levin on his meetings with Shalamov in the late 1970s (15 april 2011)

“It was 1978. I, a neuropathologist working at Moscow City Hospital No. 67, was filling in for the head of the neurology department, Dr. Boris Zakharovich Karasin, who was on vacation. I was given the report of the physicians and medical staff at the morning briefing on incoming patients. Many had been brought in during the night. Among the new admits was a person whose name sounded rather unusual for Muscovites – Varlam Tikhonovich Shalamov. Besides sounding unusual, the name meant nothing to me. He was assigned to me” (in Russian).

“When recreating the appearance of V. T. Shalamov, I. N. Khegai is drawn to the plasticity of the image. The high relief of the painting and the expressiveness of the three-dimensional form allow him to convincingly convey the tragic image of Shalamov and to give the portrait a special psychological depth and tension. ‘A Portrait of Shalamov’ by I. N. Khegai is not just a portrait in the traditional sense, but a thematic picture in which the artist invokes the entire oeuvre of V. T. Shalamov” (in Russian).

Why until now have readers primarily seen camp literature as a source of information? Why do all camp writers have the same understanding of the reader in spite of their different ethical and political positions. Elena Mikhailik asks herself such questions in her article, “Having No Reflection and Casting No Shadow: the “closed” society and camp literature.” (20 february 2011)

“One gets the impression that most readers of camp literature don’t want to discuss (and would prefer to avoid altogether) the assertion, however indirectly expressed, that society, which it is a part of, has fallen out of history and lacks even a vestige of social bonds, and that the readers themselves are in need of ethical and social evolution” (in Russian).

This time this event was held in memory of two people who are inextricably linked: Varlam Tikhonovich Shalamov and Irina Pavlovna Sirotinskaya. The sad news of the death of Irina Pavlovna came the day before the Shalamov Symposium. The event began with a moment of silence.

Two interviews with Irina Pavlovna Sirotinskaya. They convey her intonation, her warmth and the devotion with which she has always spoken about Varlam Shalamov (19 january 2011)

Varlam Shalamov: The mission of the prophet is too much for anyone
“He overcame evil, the evil of the world, with his art. With good reason he said that the symbols of evil are Auschwitz, Hiroshima and Kolyma... And he could only think about one thing: how to leave his own mark, his notch — like the ones you make on trees in the forest so you don’t get lost. To remind us that under certain circumstances a person can completely reject the Good and turn into a meek​​, dumb ... guinea pig. In memory of all mankind”. (2010, in Russian)

The Viking of the Hell of Kolyma
“A very modestly furnished apartment. Books, medicine, an elderly cat. Outwardly the lady of the house is indistinguishable from a simple pensioner. But when she reminisces about the past, she grows younger right before your eyes. Irina Pavlovna Sirotinskaya was Shalamov’s greatest love. And his love for her was all the more powerful because it was his last love. She always refers to Shalamov as “he,” without naming him, the way people talk about someone very close who has not faded from memory. She uses his expressions: for example, the bitter and skeptical expression “progressive mankind”. Irina Pavlovna was Shalamov’s sole heir, his publisher, and the curator of his archive at RGALI”. (2007, in Russian).

On January 11 Irina Pavlovna Sirotinskaya, a remarkable person, a prominent professional archivist, and a close friend of Varlam Shalamov, passed away. 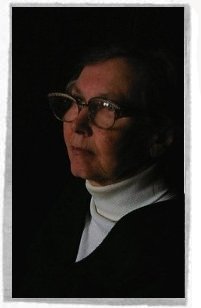 Irina Pavlovna devoted the last three decades of her life to the publication and promotion of Shalamov’s heritage. Working in TsGALI (RGALI), she accomplished the tremendous task of sorting through and preserving his archive and deciphering his manuscripts. It was Irina Pavlovna who managed to get “The Kolyma Tales” published in 1989 and organized the Shalamov conferences. And it was through her efforts that people in Russia and abroad discovered Shalamov. Irina Pavlovna passionately strove to make Shalamov a writer whom people understood and read: you can sense this purpose in all her articles and memoirs.

Not surprisingly, all of Shalamov’s researchers flocked to her house. This is doubtless not only because of her cordiality, generosity, and knowledge, but also because Irina Pavlovna carried within her a very much alive and beloved companion — Shalamov.

We, the staff of the site Shalamov.ru, are honored that our project was launched with Irina Pavlovna’s support, blessings, and participation, which was responsible for much of what we have achieved. Her death represents an irreparable loss.

Valery Esipov, They called her Beatrice ... (in Russian).

Admirers of Shalamov’s talent and researchers of his work will gather in the Shalamov House-Museum. This year the symposium is dedicated to 29th anniversary of the writer’s death (in Russian).

The copyright to the contents of this site is held either by shalamov.ru or by the individual authors, and none of the material may be used elsewhere without written permission. The copyright to Shalamov’s work is held by Alexander Rigosik. For all enquiries, please contact ed@shlamov.ru.